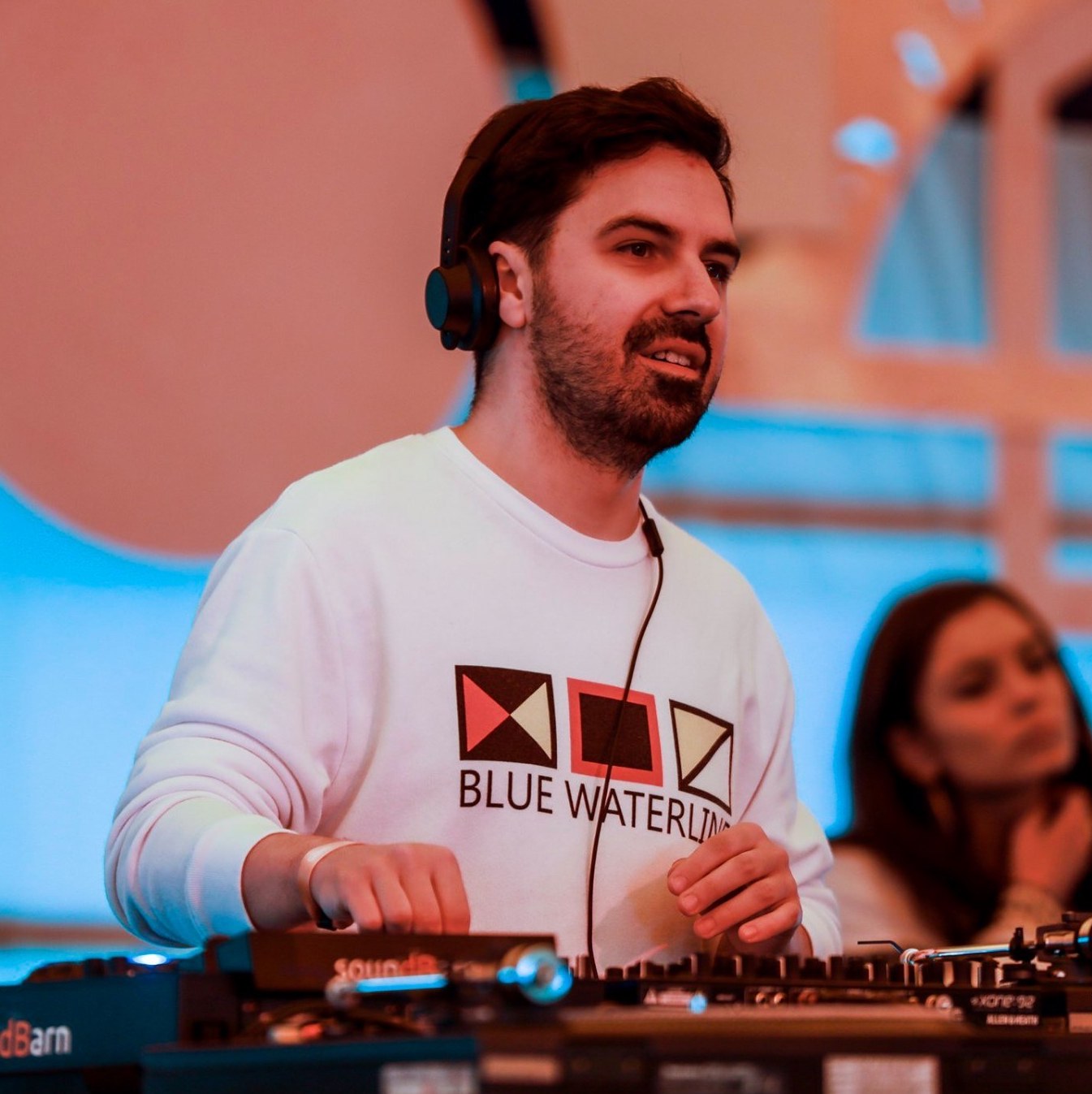 2 years passed since our last small talk with Iulian Cazan aka Jay Bliss. Meanwhile, his 2 years and a half All Your Base Are Belong To Us facebook group started to take off, gathering around 300 active people, most of them hungry for anything related to music production, be it analog, digital or even acoustic.

Sintezaur, Jay’s idea born out of the desire to support producers into finding the best information from the synth world, has now turned into a proper event. Cenaclul Sintezaur will take place on the 21st of July at Spatiu Tehnic (it will also be streamed live, so you have no excuse for not attending), with Victor Popescu and Vlad Caia as special guests (more info below)

As Jay Bliss is the type of person willing to spend his last dimes on some custom vintage analog synth only true pros’ have heard of, we thought he is the pefect guy to shed some light on what drives producers into becoming fanatic (or religious :D) about the sounds they make.

Do you remember your first experience with music producing?

Yes, it was around 1997. I was in highschool and started attending small raves in my hometown , Sibiu. At one of those I saw ATMA playing live and I was like “I want to be able to do that!”. Found out soon that his sister was actually in the same class with me, so I asked her if she would like to introduce me to her brother. I went to his house with a backpack full of floppy disks and he was kind enough to share with me Fast Tracker and a whole bunch of samples to get me started. I don’t know if producing is the right word to describe what I was doing, but I had fun with that tracker and made a few rave-ish tunes, even had two small shows with a computer on stage. Then I discovered DJ-ing and kinda dropped the music produced from 2000 until around 2005, so I could focus on music digging.

Do you have a passion for knobs and buttons in general or is it just music related?

It’s a combination of both. I studied computer science in high school and college, so I’ve always been into technology. When I discovered electronic music I was instantly hooked and thought … hey, I think I can do that. Obviously it was way more challenging back then, that’s probably one of the reasons why I stopped at some point and got back at it only when I had more tools at my disposal.

The setup you used for your first ever released track.

A computer with Jeskola Buzz and some shitty hi-fi speakers. They were quite big and i had to crank up the volume in order to hear anything, so the neighbours were constantly complaining about the loud noise.

The setup you used for Vrăjitorul din Orz.

I was quite limited on the hardware side at that time, so mostly Ableton Live and a few VSTs (i was using the Native Instruments ones a lot back then) and on the hardware side: Korg Electribe EMX-1 for drums, Moog Slim Phatty for bass and for the melodic parts i used Novation Mininova and Korg Microkorg.

You have an unlimited budget to build your dream studio. The first 5 things you would buy:

You have just a computer and a tiny tiny budget to build up a studio with only the essentials. What would you buy?

I can’t stress enough on the importance of room acoustics and good monitors, so I think I’d spend all my budget on those. The technology nowadays has evolved a lot, so you can easily make music with just a computer. It’s not nearly as much fun as using hardware synths, but virtual instruments and good samples can get you pretty damn close to those. You just have to be smart and choose the right tools .. and you get smart by working a lot and never stop learning.

The All Your Base Are Belong To Us group is doing pretty good, with people sharing information about studio gear and production techniques. What was the initial plan with the group? How do you see it in the future, giving you enough time to grow it properly?

I wasn’t so much into hardware synths at first, in the first 10 years I was only using the computer, then I gradually started buying cheaper synths and I wasn’t hooked on gear right away. But then I started asking myself why isn’t it really working for me, so I began digging into it and found a lot of nice communities where I could get a lot of information. Of course I searched if there was anything in Romania, but I didn’t find anything active enough beside the already established and nice Bucharest Modular community, so I made this group to cover a broader perspective on the synth world. Obviously I was not the only one feeling that this was something missing from our scene, because it got active quite fast. After the group came also the linked page, Sintezaur, where we share mostly news from the synth world.

Cenaclul Sintezaur, the gathering scheduled for the 21st of July at Spatiu Tehnic, is the first one from a series of events dedicated to the people obsessed with studio gear, I suppose. If I am a rookie in music production, will I understand anything from what the guests will talk about? Give us a quick tour on what the event will look like.

The event will start around 19:00, with about an hour of “meet and greet”.

Each workshop will be about 90 minutes long – the first hour is the actual presentation, then the speakers will answer questions coming from the public for about half an hour, so everyone will have a chance to ask more details about what they didn’t understand. We’ve chosen topics that are somewhere in the middle regarding the difficulty, so both rookie or advanced producers will hopefully learn something new.

We’ve partnered with IN/OUT Festival, so the workshops will be streamed in pristine quality for those unable to attend the event or who would like to rewatch them.

How much is practice and improvisation and how much is science when working on a track?

I’d say 50/50. First of all there’s a lot of improvisation and creative juice flowing when i’m creating the starting loop, but then there’s more science coming in when i start to eq and mix the tracks … I also spend quite a lot of time doing the arrangement. Even Though my arrangements don’t have any bells and whistles, it takes a lot of listening and making tiny adjustments to get to a point where everything flows naturally.

Where do you start working on a track? From the baseline, from the kicks, from a melodic idea…

I’d say most of the time the kick is first, then the bass line and then the other percution elements and melodic parts. But, for example, I sometimes change the bassline altogether after a couple of hours, if I feel like it doesn’t fit in with the melodic part I came up with. I don’t settle on anything and keep changing the parts a lot until I am pleased with something.

3 perfectly produced records, in your opinion

I’m a huge fan of Mathew Jonson and I could as well name all three records just from his discography, but this was the first one that really blew me away back in 2005. I’ve been a groupie ever since …

This is so damn simple and effective that, even after 25 years, people are still trying to recreate it. It’s kind of a milestone that defined the dub techno genre, pioneered by Mark Ernestus and Moritz von Oswald since the early 90’s.

Boards of Canada – Music Has the Right to Children

I keep coming back to this and dream that someday I’ll be able to produce something as beautiful as this.